Sparkles and the Definition of Me

I was 21 years old, married for eight months, and had been trying to conceive for five. Not many compared to some, I know, especially coming off of birth control, but I've never been a patient person. In those few short months the honeymoon phase had ended, the sex was a routine chore, and I wanted a baby, because I was going to be an amazing, graceful, loving, godly mother. So one day while I took the minivan (yes, we already had one) to get an oil change, I sat inside a Sam's Club in a display chair. I opened my Bible and discovered Hannah's prayer.

"And she vowed a vow and said, 'O LORD of hosts, if you will indeed look on the affliction of your servant and remember me and not forget your servant, but will give your servant a son, then I will give him to the LORD all the days of his life, and no razor shall touch his head."

Now I realize now that I was no Hannah. Five months of attempted conception after coming off of birth control pills is completely normal, not to mention that at 21 I had a lot of years of fertility ahead of me. But God knew me (and still does). He knew my sinful impatience, and yet He remembered me, just like He did Hannah (1 Samuel 1:19). 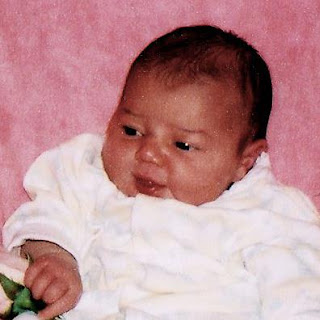 So on November 13, 2003, at 1:05PM, IC arrived. I've told many that I later came to see her birth as a foreshadowing of her life, or her life thus far at least. I labored at home starting around 1 or 2AM (or earlier in the evening, it depends on whether or not you count the lighter contractions), and E and I left for the birth center to arrive at the time of its usual opening. We thought it would be quick after that, but IC had other plans. I remember sitting in the jetted tub and hearing a midwife say, "You should be getting close to pushing. Any urge?" No. None. But then there was this immense, constant pain. They got me out of the tub and checked my progress. I looked over my knees to see the midwife and the nurse staring at each other uncomfortably. I was fully dilated. But IC was at a -2 station, meaning her head was not fully engaged in my pelvic bone. But checking my progress had led to my water breaking. In short, to prevent dangerous complications (or further complications), I would need to remain still, flat on my back for the rest of the delivery. And I'd need to start pushing NOW, urge or no urge. So push I did, for about 3 hours. I remember experiencing dizziness and sort of fainting between contractions, telling E that I might die. And somewhere in the middle of all that the insecurity that's always followed me like a shadow crept in and said, "Why doesn't your baby want to meet you?" Her cord was around her neck and she didn't breathe right away when she was born, but I stared into those brown eyes and said, "You are beautiful." Once they had her breathing she let out a long loud cry that continued for a long time. It felt like hours. E took her and held her while they stitched up the awful tears that resulted from all that pushing. She continued to cry, and one of the midwives peeked at me over my knees and said, "Wow, you got a screamer," or something like that.

Fast forward a few hours and I was propped up in the birthing bed holding my sleeping baby, who was still beautiful. And I was alone. The midwives were downstairs attending to moms who were still pregnant, and E had left to pick up some food and got stuck in traffic on a bridge somewhere. It was a little lonely, but I wasn't alone. IC was with me. And as I held her there in that sun-washed room, something happened. God came. And God gave me a song. A song for her. And so I sang.

"Morning by morning, I wake up to find, the power and the comfort of God's hand in mine. Season by season I watch Him, amazed, in awe of the mystery of His perfect ways. All I have need of, His hand will provide. He's always been faithful to me."

The song poured out of me involuntarily, like the baby had hours before. This was IC's song. And it remains so.

A few weeks later. I am holding a baby who seems to never stop screaming. Not crying, screaming. I am alone in a basement apartment, and I don't know how to stop her. If I put her down, she screams louder, so I hold her while I use the toilet, or I lay her on the floor and rub her belly with my foot. I think of the woman living upstairs, who had a baby boy only a month before my girl, and wonder if she can hear IC's screams. I wonder if she is judging me, thinking I'm a terrible mother who doesn't know how to calm her baby. I wonder if I should walk up the stairs and talk to her, and tell her that I am exhausted, depleted, and that it turns out I am a terrible mother, not a godly one. I don't, because then she would know.

"I can't remember a trial or a pain He did not recycle to bring me gain."

15 months later. And now there is a boy too. He cries too, but not like she did. And yet now they both just NEED. They need to touch me, be held, drink from my breasts. I still can't go to the bathroom alone (well, 11 years later I still can't). They need me, and there is no me. I am no one. I am a set of milky breasts, a tired body that can barely drum up the energy to get out of bed and spoon baby food into IC's mouth while nursing DJ. And I do that about five times a day because IC is underweight and the doctor is worried. I know I am depressed, that somewhere there is a God who loves me, but He's not here right now. Just I am here. I want to go to sleep and not wake up. I go to therapy and wonder if the therapist is annoyed by the newborn and almost toddler who constantly interrupt our sessions, but who I am too afraid to leave with a babysitter (not that I know one).

Two years later. We are in a doctor's office at a hospital. IC can't really talk. It took me a year to figure out that labeling stuff and repeating long phrases from Blues Clues didn't count. She can't do the skills tests they're giving her. She doesn't even understand what they're asking her to do. DJ is 15 months younger and their abilities are close to the same. IC can't tell me what she wants for breakfast, but she can provide the sound effects to every Baby Einstein video we own. Of course she can, I have two toddlers. Baby Einstein is what gets me through my day without wanting to die again. IC's "developmental age" is about 15 months. She is well over 3 years old. She has moderate level autism. PDD-NOS actually. I can't homeschool her, she needs full time academic and social skills work from a trained professional. Everyday. Insurance may or may not cover it. Send her to public school. Not for kindergarten, now. She needs a full day of work five days a week. She'll need help her entire life. I should plan on her always living with me, always needing help. There's no cure. Should there be? 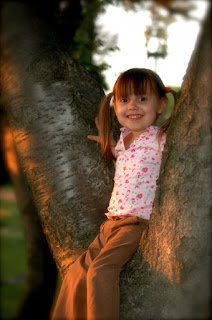 A year later. We moved into the city, partly because the city has ABA. I just dropped IC off at a school building that doesn't have ABA, but does have special ed that could get her into ABA later. The building is falling apart, in a bad section of the city, and has one working toilet. It is an hour from my home with traffic. IC still wears diapers and can't talk. The other kids in the class are as disabled as her. I don't know the teachers, or anyone. I leave her there. I sit on a street corner a few blocks away, crying. How can this possibly be what a godly mother does for her child?

"I can't remember one single regret in serving God only, and trusting His hand. All I have need of, His hand will provide. He's always been faithful to me."

Almost nine years later. I am sitting in an IEP meeting. IC isn't using her educational accommodations anymore, now that she's in middle school. She is missing some homework assignments here and there, and sometimes needs a few extra explanations of new things. She chews on her pencils. But she doesn't need extra help. Her grades are good. She doesn't need this IEP. She doesn't even need her medication. She's going to try out for the field hockey team. She's doing so well. 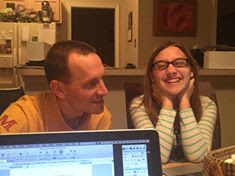 A few months later. IC decided not to join chorus this year even though she loved it back in fifth grade and she dances around to girly pop music like no one is watching. Oh, and she's not going to do field hockey either, even though she loves that too. She is depressed. She doesn't want to be defined as a chorus member. Or a field hockey player. Or a Christian. She doesn't want people to know who she is. She seems scared. Ashamed. And it's only been a few weeks since she seemed so happy. But she is 12, and that's all it takes. 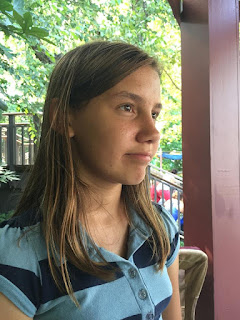 I want to tell her who she is. I want to tell her that it doesn't matter what anyone else thinks of who she is. That whether she sings or not, plays field hockey or not, she is a daughter of God, and she loves Jesus, even if she doesn't like to talk about that right now. God knows who she is. God is caring for her. God is faithful to her because that who He is. And her whole life proves it.

But I can't do that. Because she needs to know it herself. She needs to hear it from Him. 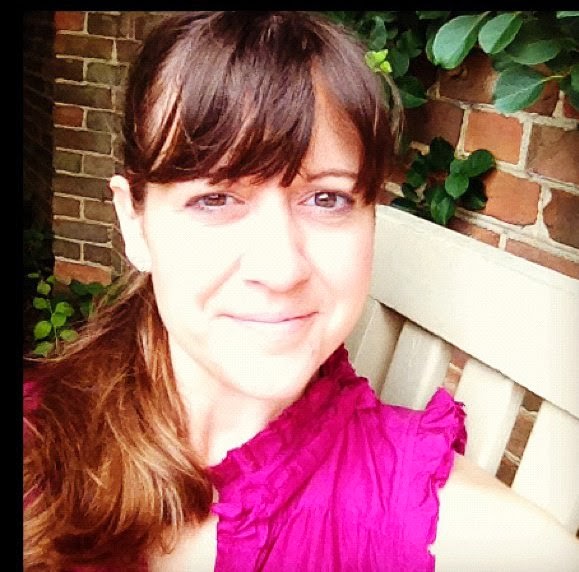